The State of P&A in North Dakota

Learn where North Dakota stands today with regard to plug and abandonment, and what the future might hold for the state. 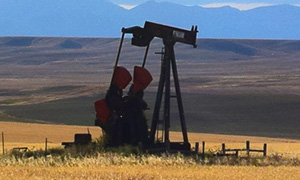 The COVID-19 pandemic led to countless hardships not just in North Dakota, but across the country. Entire industries were turned on their heads. The workers who were able to keep their jobs suddenly had to learn how to do them remotely, all while ensuring their children could continue receiving an education from home.

As work-from-home and school-from-home became more common, people commuted less often. With restrictions on travel in place, vacations became staycations. All of the aforementioned changes led to decreased demand for oil and gas. Feeling the pinch, well operators reduced production to compensate, temporarily abandoning hordes of North Dakota wells in hopes they'd be able to turn them back on once demand recovered.

Those orphaned wells continued to linger, however. Given the opportunity, North Dakota decided to do something about them.

Taking On the Issue

In 2020, the U.S. government passed legislation to provide COVID-19 relief. The CARES Act offered numerous benefits to individuals while also carving out funding for state and local governments to address pandemic-related issues.

North Dakota identified abandoned wells as a major concern and moved to set aside some of its CARES Act funding to tackle the problem. The state devoted $66 million to future plug and abandonment projects, according to Reuters, in the hopes it could put a dent in the total number of orphaned wells.

More Funds in the Future?

At the time of this writing, a massive new infrastructure bill is awaiting passage in the U.S. House of Representatives. Should it get the green light from legislators, according to CNN, the bill will provide $8 billion to plug abandoned wells across the country.

It is entirely possible that, courtesy of this legislation, North Dakota could receive more funds specifically targeting abandoned wells in the state. These plug and abandonment projects would not only have a positive impact on the environment, but could also create thousands of new jobs. And that’s where Plants & Goodwin comes in.

It's better to plug abandoned wells sooner rather than later. Find out why in our guide, "5 Reasons Why Not Plugging Your Abandoned Well Today Will Cost You Tomorrow."

Looking for help on your next plug and abandonment project?

Goodwin brings over 50 years of well servicing experience to the table, ensuring your P&A job gets finished safely, efficiently and according to regulatory standards. Contact us today to learn more about our plug and abandonment services.