Why Plug and Abandonment Companies Will Soon Be in High Demand 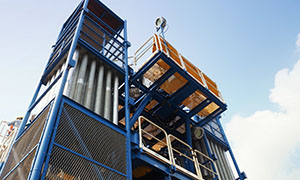 Oil and gas wells constantly come and go, so demand never really slows down for companies in the well servicing field. As long as energy companies continue to drill, there will eventually come a time when the wells they open up need to be closed via plug and abandonment.

However, 2022, 2023 and beyond could see that demand rise to levels never before seen. In this post, we’ll get into why the coming year or two could be a very busy time for the well servicing industry. You’ll learn why the future holds a lot of demand for plug and abandonment companies, and why you should schedule your upcoming P&A project sooner rather than later.

The New Infrastructure Bill Provides Funding for Plug and Abandonment

Where environmental impact is concerned, the 2021 infrastructure bill – officially called the Infrastructure Investment and Jobs Act – is a landmark piece of legislation. It carves out $21 billion for projects aimed at cleaning up contaminated sites like wells and mines. That’s a significant sum of money, even when split between all U.S. states and territories.

A large sum of money is expected to be used for plug and abandonment projects; essentially decommissioning and closing up wells that have been orphaned by unknown or bankrupt entities. Plug and abandonment companies are expected to play an outsized role in this process, though that will come with a somewhat inconvenient side effect.

Governments Will Soon Be Competing for Plug and Abandonment Companies

Because tens of thousands of oil and gas wells across the country are considered orphaned, both the federal government and local governments must step up, take responsibility for the wells and ensure they’re plugged and abandoned appropriately. This means governments of all sizes will be competing with private enterprise to secure the services of plug and abandonment companies.

It’s important to note that these projects are completely separate from the typical P&A ventures most energy companies already need to complete. So unless a whole new crop of well servicing companies with experience in P&A appear, there’s going to be a huge crunch in the availability of the P&A companies that already exist. These businesses are going to be very, very busy in the coming year.

If You Need P&A Services, Book Them Now

It is our recommendation to energy companies that, if you foresee plug and abandonment projects in your future, you get them booked as quickly as possible. Government money will soon flood this space and a lot of P&A companies will be competing for it. If you don’t move quickly, you could find yourself scrambling – while also paying a premium – so you can meet a deadline.

Demand will eventually ease as a lot of these government P&A projects are contracted out and completed. But that could be a year or two down the road. In the immediate future, expect to have a hard time finding plug and abandonment companies who have a clear schedule.

For over 50 years, Plants & Goodwin has been a leading provider of oil and gas well services, including plug and abandonment. We own all of our own equipment and manage the process from start to finish, ensuring you get a turnkey solution that stays on budget.

Contact Plants & Goodwin to schedule your P&A project today. We’ll show you why we’re one of the most trusted plug and abandonment companies in the business.